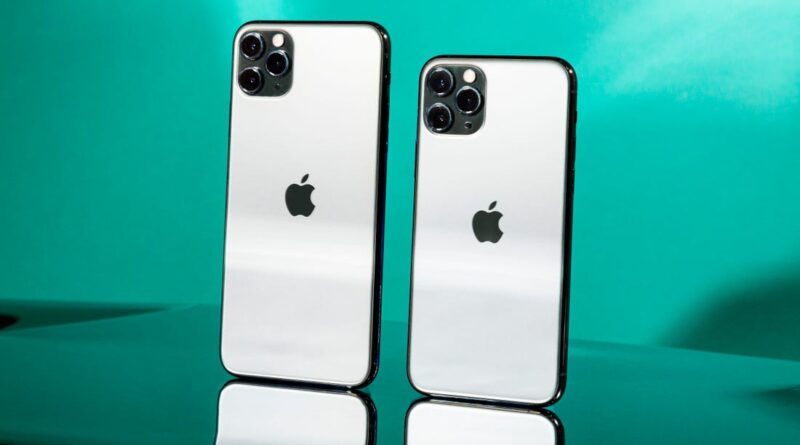 In the fall of 2020, Apple is expected to launch new iPhones. In this article, we will discuss all the features that are rumored to be in the new iPhone 12

Apple will launch its new iPhones in September or October of 2020 and there are a lot of rumors already going around on the internet about them. The new iPhones are expected to be called iPhone 12, iPhone 12 pro, and iPhone12 Pro Max following the same pattern of the 2019 launch. The new iPhones will feature the first change in its design since the launch of the iPhone X back in 2017.

The new iPhone is expected to be released in 3 different sizes 5.4, 6.1, and 6.7 inches. All the iPhones that will launch in 2020 are expected to have the OLED display technology and also a 120Hz “Promotion” refresh rate for the high-end models. The smallest version of the iPhone 12 to be launched in 2020(5.4 inches) is the smallest since the iPhone SE(4.7 inches) and the iPhone 12 Pro(6.7 inches) will be the biggest iPhone till now topping iPhone 11 Pro Max(6.5 inches).

The new iPhones are expected to have the same kind of metallic frame as it used to be on iPhone 4. According to the rumors, Apple will use a new TrueDepth camera system that will cut the size of the notch in the front and there are also rumors of a 3D  triple-lens rear camera system to be included in the new iPhone,

Apple is also all set to release 5G for the first time in its devices, but according to some reports it is expected that the mmWave speed will be only limited to the Pro Models.

There’s still no confirmation about the names, iPhone, and iPhone Pro Max yet. Since the 2017 launch of the iPhone 8 and iPhone X together skipping the iPhone 9 altogether, the names of the new iPhones have been a little hard to predict.

In the next 14 points, we will explain to you all the new features and rumors about iPhone 12 and iPhone 12 Promo max including its camera, chipset, and most importantly price.

1.Overview of The iPhone 12 features

2.What are the size options that are available in the new iPhones?

As we already mentioned that Apple will launch its new iPhones in 3 new sizes. According to the rumors, one 6.7 inches, one 5.4 inches, and two 6.1 iPhones. The iPhone 12 Pro Max which is expected to be 6.7 inches in size and will be the biggest iPhone so far exceeding iPhone 11 Pro Max and the 5.4 inches version will be very identical to the iPhone 8.

The 6.1 and 6.7 inches versions will be high-end Pro models while the 5.4 inches version will be the comparatively cheaper, successor to iPhone 11 version.

3.The Design of The New iPhones

The Bloomberg mentioned in their article that at least 2 of the high-end devices will have the new design with flat edges like the design of iPad Pro instead of the curved ones.

The new iPhones will have slightly larger camera lenses, thicker antenna lines for 5G connectivity, a SIM tray at the left side of the device, one less speaker grill on the right side, and the power button will be located slightly lower than usual.

There are rumors that the new iPhone Pro models will be available in a new navy blue finish unlike the previous midnight green color of the iPhone 11 Pro.

The iPhone 12 Pro Max is expected to be 7.4 mm in thickness. The camera bump is also expected to be thicker, measuring 1.26mm which used to be 1.21mm.

4.The Display of The New iPhone 12

This year both the higher end and comparatively cheaper iPhones will come with the OLED display unlike the LCD in the previous iPhones. The Chinese company named BOE Display’s OLED Displays are currently tested by Apple. Some of the new iPhones are expected to use a technology made by Samsung called Y-OCTA, that allows touchscreen circuitry to be directly patterned on the OLED panel without the need for a separate layer which results in a thinner display and lower production costs, though it’s not clear if this translates to thinner body design.

Display details of the new iPhone:

The A14 chipset has 15% better performance and a 30% reduction in power consumption in comparison to the A13 chip.

According to Bloomberg, the A14 chip will focus on enhancing the intelligence and AR tasks.

It is believed that the new iPhone Pro model will feature a 6 GB RAM and the iPhone 12 will feature a 4 GB RAM as told by Barclays analyst Blayne Curtis.

6.The Battery of the new iPhones

The new iPhones that are coming in 2020 will most probably have some small gains in its battery capacity as The Apple suppliers are working on a custom battery protection module that’s 50 percent smaller and thinner compared to the same component in previous iPhones which could free up valuable space in the iPhone.

The capacities of batteries that are expected to be used in the new iPhones are given below:

As the production cost of the new iPhones is already really high because the 5G support is so expensive that there are reports that Apple is planning to not to include the adapter in the box. They are planning to release the new USB-C 20W power adapter as an additional optional accessory for existing iPhones, which can be bought separately.

Apple may introduce a new USB-C to lightning cable with a more durable design.

7.What about the touch ID?

A Taiwanese site Economic daily wrote in there article that at least one of the new iPhones will include an ultrasonic fingerprint sensor.

The rumors of an ultrasonic fingerprint sensor have been heard before also but most people believe that Apple will use that in there 2021 launch. Qualcomm in late 2019 unveiled a 30x20mm in-display fingerprint sensor which can be helpful for Apple.

All the new iPhones launching in 2021 are expected to have the 5G technology in it. They will use Qualcomm’s X55 5G modern chip instead of Intel chips.

The X55 Chips provides 7 GB/s download speed and 3 GB/s uploading speed. These are mostly theoretical values of its peak performance and actual performance might vary.

Apple is expected to launch a new promotion campaign for there Airpods in late 2020 by offering discounts to the new iPhone buyers and boost there AirPods sales.

10.What’s the storage space of the new iPhone 12 Models?

11.The Rear Cameras of The New iPhone Models

The LiDAR Scanner in the iPad Pro uses the reflected light to measure the distance from the sensor to surrounding objects that are up to five meters away, which is equivalent to 16.4 feet. It works both indoors and outdoors and can map the environment around you at the photon level at just a speed of nano-seconds.

Apple analyst Ming-Chi Kuo said that at the very least one of the new iPhones will have a smaller front camera lens for a better screen to bezel ratio but not all the iPhones will have this feature. (This claim is also supported by Bloomberg)

He said earlier that the 5.4 inches version of the iPhone 12 will have a smaller notch, so that it can display the screen at the top right and top left corner of the device.

13.The Apple’s New One Services Bundle

Apple with a new iPhone 12 with the iOs lineup is expected to introduce a new “Apple One” service bundle option in which Apple will be providing services like Apple Music, Apple TV+, and Apple News+ for a single monthly fee.

Apple is expected to introduce 3 new Apple one packages for there users:

Apple is also currently working on a fitness subscription service including virtual classes and workouts of core training, strength training, and yoga, etc.

14. The iPhone 12 Price and Its Release Date

The price of the new models of the iPhone 12 is expected to start from $649 and it is expected that the prices will range from $649 to $1,099. The rumored prices are below:

There were rumors that Apple will launch the new iPhone 12 models in there September 15 event but that was not the case.

In this article, we told you about all the information related to the iPhone 12 so far along with all the rumors that are going around.

There are some other outkandish rumors also like Apple will be developing an iPhone with a foldable display.