BE THERE, BE THE ASTRONAUT, BE THE OLYMPIAN, THE SPACE MARINE, FLY OVER MARS, TOUR A HOUSE YET UNDER CONSTRUCTION and the list never ends.

MARCH 28, 2016, OCULUS VR: a division of Facebook inc. released a virtual reality headset namely “THE OCULUS RIFT”. Since, the KICKSTARTER Campaign of 2012, the rift has gone through various pre-production models. It has been stated by oculus, that the rift is primarily and eventually going to be a gaming device. Oculus rift is the product that is being developed for a very time now, first industry product that is set up and will set a bar shortly after HTC vibe. 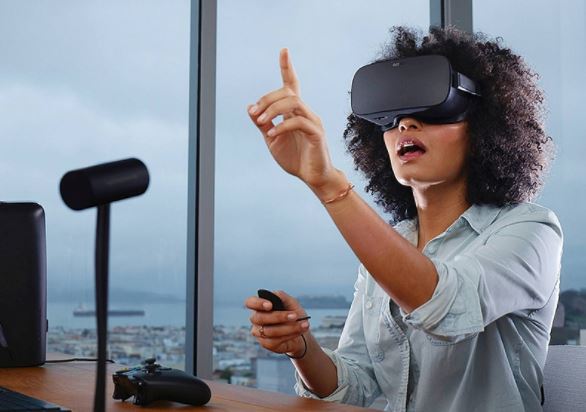 How does it work?

It has two screens in it and those screens are right up next to your eyes and so your eyes being at two different places on your face when you look out into the real world you seeing two 2D images that you brain interprets in a manner that makes them 3D for you.

The 2 screens of the oculus rift on really any VR headset essentially mimic this to get two 2d images they both have a slightly different perspective that makes you feel though you are in the actual game world. Its true 3d to accommodate its movement through sensors are in the surface of the visor and they track by scanner so when you move your head the perspective shifts on both the screens. On top of that, most games will make it so that your character actually moves there head as well.

The oculus rift can basically be used with any gaming control system, whether it is a mouse or keyboard, or traditional gaming controller or special control developed for it called the touch. Touch itself is made to better assimilate what you hands might be doing in the virtual world.

What is recommended besides the Oculus Rift? PC specifications include:

The type of connection needed to work out with the rift: Since, it acquires quite a bit power for generating twice the images, you need:

Some computer companies have actually set up oculus ready computers for you to buy just in case you are really the building type. It would require an 8GB+ RAM COMPATIBLE HDMI 1.3 VIDEO OUTPUTS2x USB 3.0 PORTS WINDOWS 7 SP1 or newer.

Currently, it’s mainly in the games. A good resource to find the games to plan on your oculus is Wikipedia. There is actually a list of games with oculus rift support there and it is pretty comprehensive. Now even though there is definitely more games then we can sit here and list. But, eventually the list is a little short reason being there is a lot of money involved in planning and preparing such mechanism. So a lot of publishers are probably going to wait and see for the approach with the oculus rift and VR in general.

The cost of the device obviously varies with hundreds of stores available online and offline stores. To mention the broadness of features it delivers let us mention to you about the Oculus Rift DK2 Hardware or Software Specializations. It has: 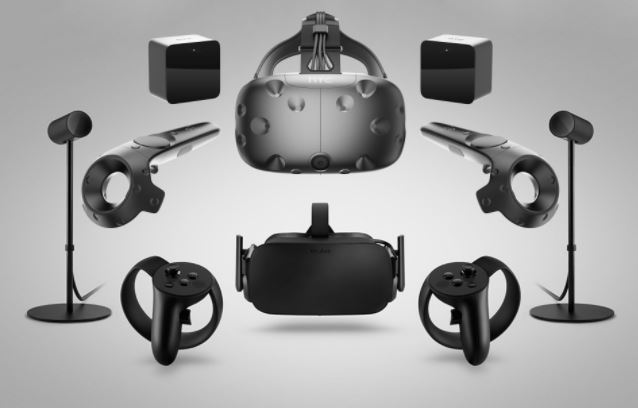 MERITS OF OR (OCULUS RIFT) OVER ITS COMPETITORS:

The three flagship VR competitors are the Oculus Rift, The HTC Vive and The Play station VR.

The key points on which it has an edge over others are as follows:

Overall, summarising it, the Rift has so far the best Hardware possible. In terms of Gaming, Vive comes in with biggest library, and for VR Playstation it gives less choices but most enjoyable games.