Rising Warmth over Cryptocurrency in Australia

February 20, 2018January 27, 2019 hubtechinfoLeave a Comment on Rising Warmth over Cryptocurrency in Australia

The announcement is made that the Brisbane Airport will very soon turn out to be the first airport terminal based on Cryptocurrency. The report mainly came from the regional media. As now the airport is in work with the international as well as the local companies in order to turn the whole terminal friendly to the Cryptocurrency works.

It will have the stores, restaurants as well as the coffee shops which will accept the Ether, Bitcoin and Dash. This is taken as a very constructive work for the Bitcoin world as they would get an actual outlet now. In fact, now that a number of companies have turned down their protests on the Bitcoins, the complication has started and in this situation, the use of a proper Cryptocurrency happens to be much helpful.

Because of this step taken for the same of the airport a number of changes have taken place including the investors coming at the front with their investments more and more. What Roel Hellemons, the Strategic Planning and Development General manager has said is that, “Many people around the world have made money investing in Cryptocurrencies and a lot of these people travel internationally, so it makes sense to offer a digital currency experience within our terminals.”

TravelByBit will be with partnership with this airport. This is the best option that they have for making payment system for Cryptocurrency. The company makes sure that the travelers get the best options for the proper crypto purchase. This is also a very important step in the process of digital purchase. As in the recent days a number of Cryptocurrency gateways are being opened, more and more options are also coming up for the ones who want to pay with the crypto coins.

Truly, this is the perfect option that they are getting now and that also without much of a labor. However, more and more rules are making the whole process of transaction quite complicated for the willing ones and that is the reason that the present venture has proved to be quite effective. 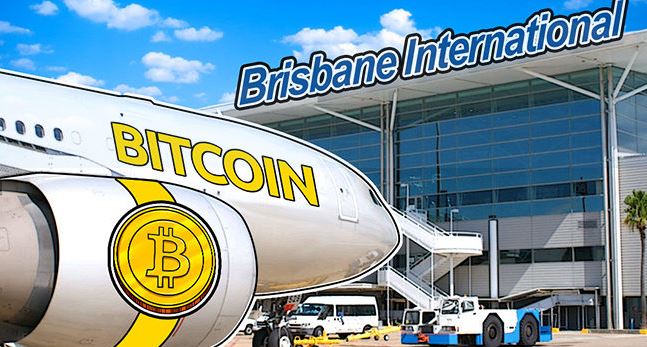 The step also shows the way Australia is increasingly getting receptive towards the process of cryptocurrencies. It has been seen in the past few months that the crypto world is getting more and dearer to the different states of Australia as they are accepting the steady growth of the same there.

At the same time they are also showing welcoming note to the method of digital payment also. Their step has been quite a solo one as a number of other countries have criticised it. Then there are also the threats of ban that the Cryptocurrency world had to endure in the present time from the countries like South Korea and China.

Truly, this is the best that one can expect from Australia at the moment. It anticipated that the kind of open policy that Australia has taken will help in the change of the crypto future of this country.