September 1, 2017September 26, 2017 hubtechinfoLeave a Comment on Cryptocurrencies such as Bitcoin and Ethereum are all set to rule the world

Deciding where to invest such as cryptocurrencies can be a real headache! But the question is, are you aware of the latest investment techniques? Are you keeping up with the pace of technology? If not, how to stay updated? Well, this article is going to help you understand better an essential and game changing investment technique, Cryptocurrency.

Though there may be some old investment techniques that can prove to be very profitable but being informed of the latest trends is going to help in the long run, and this particular investment method outshines all other techniques we’ve known so far.

Now, for any successful investment, we need to make sure our money stays secure and protected. For this, we should have complete knowledge about the process our money will go through.

So here’s an article with all the information you need to know about cryptocurrency.

What is a Cryptocurrency?

Now, what is cryptocurrency? How is it different from the normal currencies you use in your country?

A cryptocurrency is a form of digital or virtual currency which is used to perform online transactions. Cryptocurrency makes certain our money stays untraceable and safe. It is a technique which involves a form of money that is secure and in most cases, anonymous. The units of cryptocurrency are made by a series of procedures which include complicated mathematical formulas; this process is called ‘Mining.’

The primary defining characteristic of cryptocurrency is its organic nature, and it is not issued by any central authority making it insusceptible to be influenced by any external authorities or even the government itself.

It permits investors to perform payments and store his/her money without giving their identity or going through any procedures which make it easy to prevent double payment and hence saving our money.

Putting it all down to one definition, Cryptocurrency is a mechanism of exchange, generated and stored electronically in the Blockchain, using various encryption techniques to control the creation of more units and to verify the transfer of funds. The best-known example is Bitcoin. 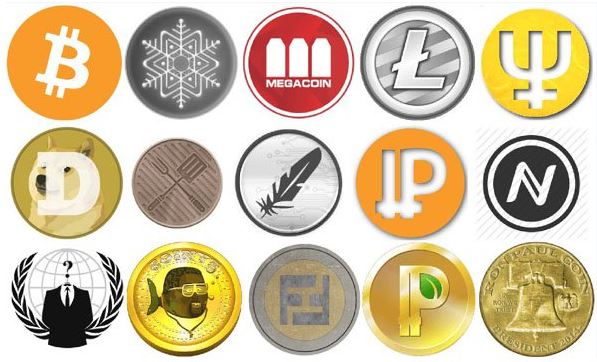 Some Transactional Properties of Cryptocurrencies

The six major types of Cryptocurrencies

The very first and most well-known cryptocurrency to gain public recognition was Bitcoin in January 2009. Funnily enough, the inventor of Bitcoin, Satoshi Nakamoto, didn’t even intend to invent a currency. In an interview following his invention of Bitcoin in 2009, he stated he developed “A Peer-to-Peer Electronic Cash System” which was entirely decentralized.

Bitcoin was released as open-source software which suggests the source code of the software can be modified and redistributed freely among the community. It primarily uses peer to peer technology meaning files can be shared directly through certain computers which are connected to each other by a network. 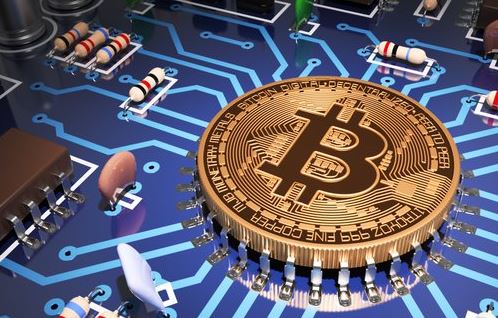 The issuing of Bitcoins and further all transactions are managed collectively by the network itself. After so many years of existence, Bitcoin’s value has changed from $0 to $4875 as on 1st September 2017.

The most important function of Bitcoin is a database which keeps record of all the transactions so far it is known as public ledger, it is maintained by a currency holder commonly known as ‘Blockchain.’ A Blockchain is a vigorously growing list of records in a database or blocks which are further assembled and secured using Cryptography. Each block is connected to the previous and next blocks by the use of Hash code which includes a time-stamp and a transaction data.

A new version of currency was introduced in the market on August 01, 2017 known as Bitcoin cash. It’s been making a good profit since then and has broken all the records.

It was just the second day of trading when the value of Bitcoin Cash got tripled giving it the third highest market cap of all the digital currencies in the market, resulting in a profit of $12 billion overnight. Visibly, if you have good knowledge about it, you can get a lot of profit in trading Bitcoin Cash in the market.

Just like Bitcoin, Ethereum is an open-source project which was forked into two block chains in 2016 after the Hack of DOA which resulted in the collapse of DOA and hence, the creation of Ethereum Classic.

DOA is a digital Decentralized Autonomous Organization, in 2016 some users exploited vulnerability in DOA’s code which helped them gain access to it using a backdoor and further enabled them to export one-third of DOA’s funds into an outside subsidiary account. Therefore, after this hack the Ethereum community on 20 July 2016 decided to hard-fork Ethereum’s blockchains which led to a hard-fork in Ethereum which resulted in the creation of Ethereum Classic on October 25, 2016.

It was developed to be an improvement over Bitcoin. It had the highest market cap, after Bitcoin. Litecoin proved to be an improvement over Bitcoin as it took only 2.5 minutes to generate one block whereas Bitcoin take 10 minutes to produce one block. The coin limit of Litecoin is 84 million whereas Bitcoin’s coin limit is 21 million only which implies Litecoin can afford comparably more transactions than Bitcoin.

Transactions made by both Litecoin and Bitcoin also differ in some significant areas:

1) Transactions in Litecoin are faster than Bitcoin.

2) High volume purchases are secure with Litecoin because of its more rapid block generation.

It was one of the least popular Cryptocurrencies in Cryptocurrency community but is slowly gaining momentum. XRP – Ripples is the native currency of the ripple protocol, and they function as an intermediary between any other currency pair, e.g., USD/BTC.

Also known as the Ripple Transaction Protocol (RTXP), it is based on an open source redistributable Internet Protocol, a public database that makes payments using XRP. Released back in 2012, the primary purpose of Ripple is to build a secure network which can do globally financialized transactions instantly.

Dash is based on digital cash and is one of the best alternatives to Bitcoin. It was developed by Evan Duffield in 2014 to eliminate the main flaws in Bitcoin.

Bitcoin not being fast and private enough, Dash was an improvement with faster speed and more privacy. Dash is also intended to be a liquid asset like the regular currency of any country.

Built on Bitcoin’s core code, it has few extra features too. It is open source having a Blockchain, and its transaction fee is negligible.

What lies in the future of Cryptocurrency?

There are many reasons why Cryptocurrencies are popular today because of the secure, anonymous, fast transactions. They are also highly impossible to counterfeit because they depend on a decentralized system and therefore, the future of cryptocurrencies is very progressive.

Cryptocurrencies can better adapt to the overcoming challenges of the future, including the risks of the emerging digital economy and any mishappening that might occur in the future.

As the transactions only exist online and not in the real world, they can only be accessed with a private key and cannot be affected by the economy of the real world. We are still very far from Bitcoin, or any other currency being officially recognized as the preferred mode of currency by the central government but the market of cryptocurrencies is growing and getting bigger each day.

While there was a slight decrease experienced in the Bitcoin market value, a new and cheaper Cryptocurrency called Ether came to an all time high at 380$ a unit. While Ether’s current status right now seems to make it very difficult for it to be used as the preferred Cryptocurrency but it has tremendous potential in the future thanks to the concept of smart contracts.

Will cryptocurrencies be the new trend next year? Well, it might be too soon to tell, but we can say one thing for sure that cryptocurrencies have a bright future ahead and will soon be the preferable mode of transactions online before we know it.

It may have a reputation of indulging in disgraceful deals, but it isn’t only about that. Accessible to everyone, it has more pros than cons. Basically, it is a currency made by the users for the users, which is now on a rise in the long term.