How Blockchain will Change the Future World? 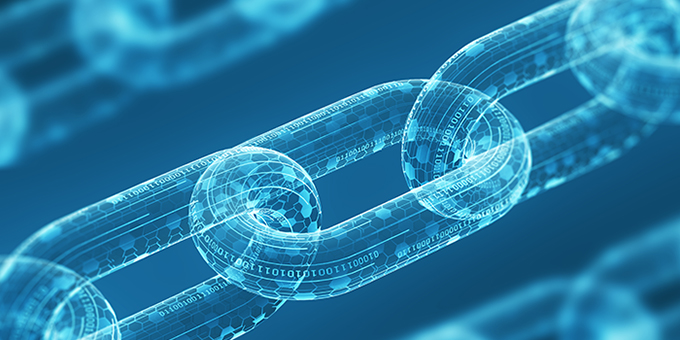 We run the majority of our daily lives online, from banking and shopping to core government functions. Some of us have a larger online presence than we do in person. In a world where 4.6 billion users exchange over 6.5 billion GB of data per second, the following question is critical: how can we make our online data more secure?

According to experts, blockchain (the technology behind cryptocurrency) may be the answer to increasing our online security for all future technology.

Let’s Start From Scratch: What Is Blockchain, Exactly?

In a nutshell, blockchain is a peer-shared, distributed ledger of time stamped transactions. Allow us to elaborate.

Whatever data we transact, blockchain is a fabric that will record every data point, every value exchange, and every digital transaction as it happens and when it happens. The data is then encrypted, and these unmodifiable blocks are dispersed across a global network of computer nodes.

Blockchain is a distributed database that stores & shares all past, present, and future data in an encrypted form (i.e., a chain of all data ever created). This encrypted list of records is accessible, unmodifiable & time stamped up to the very last second.

How Does Blockchain Work?

Blockchain makes use of a decentralized or distributed server that is made up of multiple computers all over the world that are connected via a peer-to-peer network. Every computer on the network has access to all the information that has been updated, shared, and synchronized to the last second. Also, on the network is a Masterfile.

With the help of a private key, users within the network can edit their sections of the blockchain.

Any changes made to the file are synchronized with the Masterfile and nodes. This information cannot be changed, and the record will remain in place indefinitely.

Blockchains are made up of a collection of encrypted, shared data blocks that users have chosen to synchronize in a peer-to-peer network. Newer entries sync with previous entries to form a connection, making it easier for computers to verify the increasing amount of data kept in the network.

The majority of blockchains are what are known as permission-less networks. We can conduct anonymous, privacy-protected transactions and meet each other’s economic needs. It is also decentralized, which is why any blockchain has a cryptocurrency associated with it. Today, there are many Cryptocurrencies on the market, with Bitcoin, which began it all, having the world’s largest blockchain.

When it comes to blockchains, it’s important to understand the distinction between private and public blockchains. Open source networks that allow peer-to-peer transactions, such as those that operate Cryptocurrencies, are known as public blockchains. They have the potential to revolutionize global markets and exchanges. Interacting with public blockchains necessitates the use of tokens and is subject to stringent network-wide rules of conduct.

R3 and other private blockchains commercialize the infrastructure for companies. This includes deploying management tools such as Ethereum or Microsoft and IBM blockchain-as-a-service (BaaS) running on private cloud networks.

Blockchain will underpin a growing portion of your digital life, as well as broader swaths of future technologies. The internet is evolving, and blockchains are the driving force behind it. But first, what advantages does a blockchain provide?

Privacy or the lack thereof, is undoubtedly the most severe issue of using the internet. From Google to Facebook, most internet behemoths have been accused of data mining and selling their customers’ confidential information. Blockchains, on the other hand, allows you to reclaim control of your data. Although the public blockchain system is self-contained, users must have a private passkey to access their data. To work, a private blockchain framework needs even more layers of authentication.

From money to economic essentials, the value of everything today is under the whims of a centralized authority. Your money and data are no longer under the jurisdiction of a central authority with blockchains. This removal of centralized control would avoid abuse of your data, fluctuations in stocks, and even improve security in a world where data is more valuable than life itself.

Blockchains are a massive global spreadsheet that runs on billions of computers. It’s open-source and distributed, so everyone can modify parts of the underlying code and yet see all the edits and entries. It keeps a record of all past & future data that cannot be tampered with.

Conversion of the value of money is a tedious process that often results in loss of value for both transacting parties. It also requires a third party to authenticate the transactions. All transactions in blockchains make use of Cryptocurrencies whose value remains uniform throughout the world.

It does not necessitate the use of powerful intermediaries to authenticate or resolve transactions. The transactions are also encrypted using the encryption algorithm and cryptography process, and no one can track your transactions. This helps to protect privacy because no one, even if they wanted to, can see the details of your trade.

Blockchains are immutable, which means any entries and edits are permanently logged, as well as impossible to tamper with. Every node in the peer-to-peer network can review the data.

This is why blockchains can help enhance transparency in every sector of our society- from governance & judiciary to economy & healthcare.

Blockchains are immutable, which makes it impossible to alter the data that is already registered. All nodes in the system will immediately reject any attempt to do so because it breaks the consensus.

It turns out that even though you use the incognito server, the data can be mined. Anonymity is a benefit that blockchains offer to their users. It is entirely up to you to remain anonymous or reveal your identity to other users on the network.

How Blockchains Will Change the Future World

Largely, the exchange of value is both costly and sluggish, particularly for payments made across international boundaries. When currencies and commodities are involved, the payment mechanism usually necessitates the involvement of multiple banks in different locations until the intended recipient can receive the funds.

Standard cross-border payment methods can be replaced by blockchain technology, which has the potential to be much quicker and less expensive. It will assist in ensuring real-time money transactions without loss of value or the use of a middleman. It will also keep a complete, immutable record of all transactions.

Imagine a world where international assistance didn’t get wasted in paperwork and instead went straight to the recipient with a smart contract. Smart contracts are often regarded as highly effective use of blockchain technologies. These agreements are essentially computer systems that will monitor any part of a deal, from development and implementation to delivery.  Smart contracts will be fully self-enforcing and automatically-executing if all requirements are satisfied. Smart contracts advocates argue that these technologies provide a more stable, digital approach to conventional contract law and a simpler and less expensive implementation than conventional methods.

Blockchain and identity protection provides a wide range of uses. Due to separate authentication processes across participant computers on a blockchain network, blockchain provides a high level of security.

Blockchain may be used to migrate consumer data safely and easily through networks and systems. The technology could even be used to keep track of real estate holdings, certificates, and even election results.

A well reliable supply chain is critical to the sustainability of many firms in a multitude of sectors. Blockchain technology is now being used in a variety of sectors to monitor supply chains and ensure their performance. This might remove the need for human intervention and the possibility of error in a dynamic and critical operation.

If you’re wondering when blockchain will take over, you should note that it has already done so in many sectors. Many markets, including supply chain, international finance, banking, and healthcare, are embracing blockchain technology for their businesses.

Blockchain, unlike IoT or cloud backup systems, is not a household name. However, blockchain has the potential to solve a wide range of real-world issues.

Blockchain has the potential to revolutionize healthcare by improving a hospital’s capacity to streamline and manage all procedures, from clinical studies to medical data. It may also aid in prescription traceability, patient consent management, and the maintenance of patient records and all of this without leaking any of the patient’s personal information.

Cryptocurrencies are now causing a stir in the financial community by offering a more efficient trading mechanism that provides you with the exact value of your currency.

Apart from that, blockchains can improve the existing financial exchange structure in the following areas.

Blockchains will also serve to crack the banking monopoly and improve trade finance.

Blockchain would make it easy to pay staff and avoid the high costs that come with playing international teams. As a result, businesses will face fewer financial obstacles to international growth, improving the chance of working with individuals and departments from all around the globe.

In real estate, blockchains will help you keep track of land rents, tenant fees, and leasing and payments.

Even good democracies are susceptible to violence, skewed elections, and a general disillusionment with democracy in the minds of its people. Blockchain can allow us to vote in a way that is immune to outside interference or the power of corruption.

The Other Side of Blockchain

Despite all of their benefits and applications, certain facets of blockchains need more attention before they can be fully integrated into daily life.

Blockchain networks don’t allow any data modification, no matter what the reason. Any attempt to do so will create a ‘fork’ and essentially start a new chain.

Over time, blockchain ledgers have become very big. For example, the Bitcoin network needs about 250 GB of storage. Running out of space can put the network at risk of losing nodes as the database becomes too big for individuals to download and store.

Suppose a person manages to control more than 50 percent of the network hashing capacity. In that case, it will enable them to interrupt the network by deliberately excluding or changing the routing of transactions.

Practically, however, 51 percent of attacks will take a lot of time and effort. Furthermore, blockchains are impervious to attacks and can easily change in the face of one, resulting in the loss of only a limited amount of recent data, if any.

Since the benefits of blockchains well outweigh the drawbacks, it’s fair to say that blockchains are a viable alternative to all of our conventional technological issues. The future of blockchain will be determined over time, but one thing seems to be clear right now. Blockchain technology is evolving as the flag bearer of innovative future technology, and it will continue to redefine our culture.