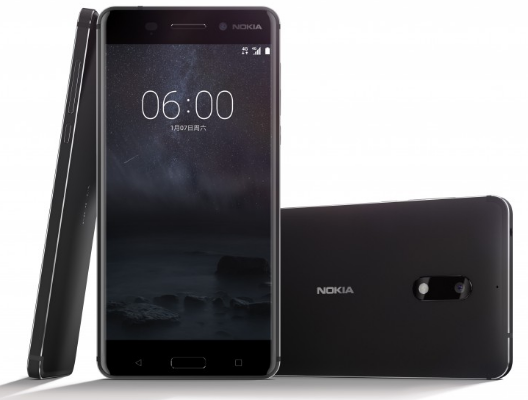 Nokia 6 Smartphone has recently hit the Chinese market and surprised the world of technology with over one million registrations on its first flash sale on January 19th.  It showed beyond doubt that people still have faith in the old giant of telecom which achieved great appreciation for its durable mobile phones.

Since the windows phones by Microsoft did not prove to be competent among other smart phones, HMD Global (Finnish Company) has taken up the license to manufacture NOKIA mobile phones.

There is certainly something very interesting about Nokia 6 Smartphone that’s putting it in headlines these days. Unlike Microsoft windows phones Nokia 6 and Nokia P1 Smartphone are android-based smart phones which are expected to give tough competition against other android-based smart phones in 2017. Let’s look through the following points describing the specifications and features of Nokia 6 Smartphone.

Nokia 6 Smartphone is a reasonable phone with fine features and satisfying specifications. It’s already been purchased by the millions. The phone may be launched in India till the end of February.

Expectantly, it will be breaking records of sale in 2017 in India as well. Along with Nokia 6, Nokia P1 Smartphone is also attractively featured as per the sources. And people are waiting excitedly for its launch at MWC 2017.